Our Great Paintings app is the best educational trivia/game for a complete study of the world’s most famous paintings!

To try the app, go to App Store or
Google Play . Download the freemium version and tap “Instructions” for more details about the app. 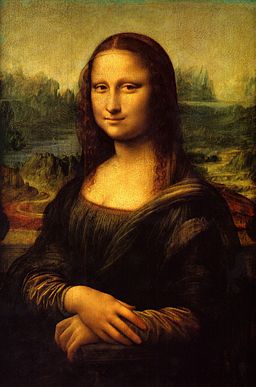 What are the main features of your Great Paintings app?

It’s “freemium”, so a user can play its game modes for free entertainment (yes, fun and games while studying!)! Look at the famous paintings discussed and try the two games for free (and ad free!) before purchase.

Both games are designed in single player mode for trivia game fans and serious art history students but can be used with friends or groups. Even those who work in the art field will find something in our app that they didn’t already know.

How do you play the first of Great Paintings’ two games?

When you begin to type the name of a picture, we suggest possible answers to help you figure out the answer and speed the game. Thus, the game uses a different type of multiple choice quiz questions.

Points allow your mountain hiker to make game progress along the track. The score needed to win varies by level to keep the game competitive to play without becoming ridiculously long at lower levels.

We recommend starting with Level 1 the first time, as in other video games, and winning the game twice before moving to Level 2 and so on. Difficulty increases at each level. Even Level 1 is a skill-building adventure for new players and provides great entertainment. Each possible answer is a famous painting. We guarantee you’ll get smart and discover things you didn’t know!

The amount of time needed for clear improvement is usually one week to get clearly better with the two games (assuming at least 5 different study sessions) and one month (to see clear improvement in your retention of important information).

You can also just play a solitaire quiz, or let one person host by reading the clues aloud and playing together with friends. It’s some of the best study material out there!

Even if you play a trivia game made by others, ours may become your favorite trivia game, at least while studying art. Most students measure success both by the levels they attain while playing and by how few clues they need to win the game at those levels.

Users see multiple clues on the screen, one at a time, all for the same painting. Clues get easier until you select the correct concept. Correct answers allow your hiker to make game progress toward victory.

Works we pay tribute to include: the portrait of Mona Lisa (or La Gioconda by Leonardo da Vinci, Michelangelo’s Sistine Chapel ceiling, Third of May, 1808 by Francisco Goya, the Vincent van Gogh classic Starry Night that shows a starry sky, landscape paintings like John Constable’s The Hay Wain, and many other masterpieces by famous artists. See how many you already recognize without looking at their names underneath!

We have useful stuff that students actually need to know. Again, play with friends or just solitaire. It’s a perfect brain training game!

These two trivia games are excellent study aids! The games are much better in helping you retain the information in your brain than a class usually is (if you’re playing several times a week).

How can you actually study paintings with a trivia app?

Our study mode lets you scroll through and read and study/learn all clues for a painting at the same time.

Students will find the app worth its weight in gold in their classes, especially as they prepare for their final exam or for the AP Art History Exam!

Ours is one of the best digital games/video games, and one of the best trivia games out there, period, for developing a detailed knowledge of famous paintings of the Western World and of the artists who created them.

Enjoy challenging gameplay, and play a quiz (with or without friends) anytime, with one of the best game apps you’ll find anywhere!

To see our British
Literature and Russian Literature apps and other Fact Mountain general knowledge trivia categories made by our company, look around this website.

The Church-related apps are free for download, including
those in foreign languages (set your device to Spanish or
Portuguese); the others are freemium.

We begin with Giotto’s work in the Arena Chapel and continue through the history of art in the Western World, from Renaissance to Romanticism and Impressionism, through Post-Impressionist artists like Paul Gauguin and Henri Matisse, to modern works that include the 20th-century and its Pop Art.

Enjoy fine art like Seurat’s A Sunday Afternoon on the Island of La Grande Jatte, Rembrandt’s Night Watch, The Death of Marat by Jacques Louis David, and Impression: Sunrise, the most famous painting by Claude Monet. Look at the pictures of young ladies like The Dance Class by Edgar Degas.

Enjoy paintings whose originals are on display in the Metropolitan Museum in New York City or the Louvre in Paris.

Explore the most famous paintings of the 20th century, including modern art like The Scream by Edvard Munch, American Gothic by Grant Wood (at the Art Institute of Chicago), The Persistence of Memory by Salvador Dali, Campbell’s Soup Cans by Andy Warhol, and Guernica by Pablo Picasso.

Besides the information about each work, you can simply sit and look at a painted image within the app and be amazed by its beauty. The image we found for the Sistine Chapel allows an even more detailed look than you would get if you were inside the Chapel itself!

Studying a work is much easier this way than any other way we’ve ever seen of grouping paintings.

Artists are alphabetized so you can easily find the artist you want and the masterpiece you want in a moment. Learn the artist/work combinations painlessly as you go.

Learn about the Great Paintings of history with Fact Mountain! It’s one of the best trivia games out there and makes it easy to study anywhere!